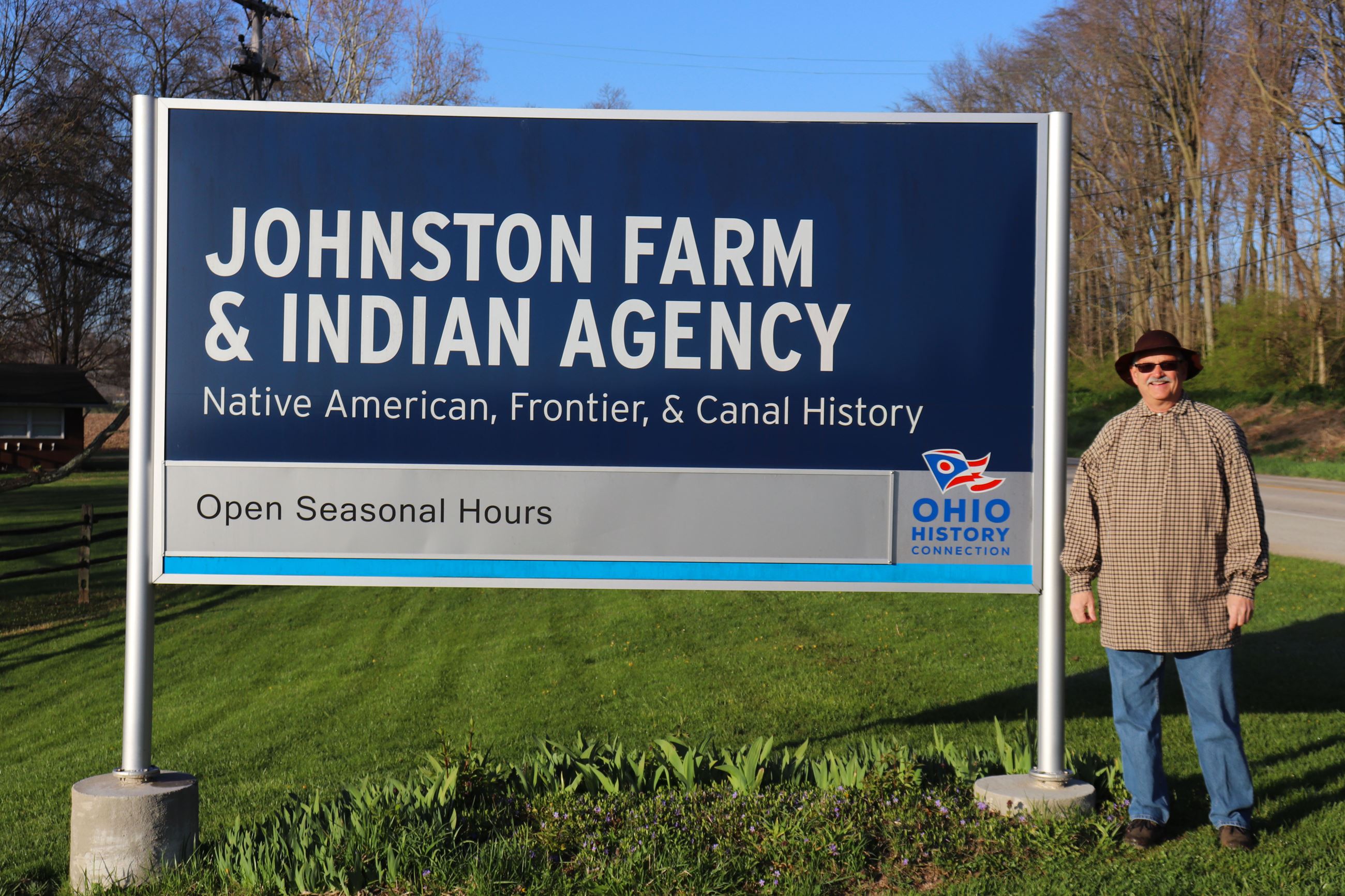 The Johnston Farm and Indian Agency tells the story of the early events that helped shape Ohio. From the establishment of the Pickawillany village in 1747 to Camp Piqua in 1862 visitors can walk where the participants walked. Against the backdrop of the home and farm of Colonel (Col.) John Johnston, the Woodland Indian and Canal Museum, and a restored stretch of the Miami and Erie Canal, the past of both Ohio and the Upper Miami Valley is preserved and brought to life for visitors.

One feature of the site is the home and farm of Col. John Johnston. Johnston served as a Federal Indian Agent in Fort Wayne and Piqua, Ohio. He also held an appointment as an Ohio Canal Commissioner, in addition to being active in local politics. He was associated with all things new and innovative at his Upper Piqua Farm. Costumed guides give visitors a look at life on the frontier of Ohio 200 years ago.

The site museum relates the story of the early interaction between the Euro-Americans traders in the Ohio Country with the Woodland Indians who called the land home. An expansion to the Indian and Canal Museum houses exhibits that trace the construction, use, and eventual decline of Ohio's nearly 1,000 miles of canals built between 1825 and 1845.

An exhibit by the Eastern Shawnee traces their story from the time of removal to the present. The exhibit reinforces the fact that native peoples are people with a past, not people of the past. There is also a Museum Shop that offers items related to the varied facets of the site.

No visit to the Johnston Farm and Indian Agency would be complete without a ride on the General Harrison of Piqua, a replica of the mixed cargo boats that traveled Ohio's canals 160 years ago. Johnston was one of the seven original Ohio Canal Commissioners who oversaw the planning and construction of Ohio's "Big Ditch". On board, costumed crew members take visitors back to the time when Ohio moved at four miles an hour as they feel the tug of the towrope while mules carry them along the canal and back to an earlier time in Ohio.

In April and May and again in September and October the site is open for groups by appointment from 9 am to 2 pm and the public is always welcome if we are hosting a group visit. In June, July, and August the Johnston Farm is open Thursday and Friday, 10 am to 5 pm and Saturday and Sunday, Noon to 5 pm.

For times of tours and canal boat rides, admission fees, as well as information about the various special events held to highlight the many aspects of this special place, visitors can call 800-752-2619 or visit the Johnston Farm and Indian Agency website.

The Johnston Farm and Indian Agency is located 2.5 miles north of Piqua on Hardin Road, just off State Route 66.